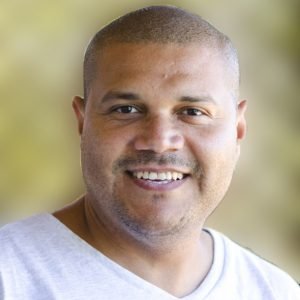 My name is Orsy Cruz. I am the newest member of the Board of Directors, and I am honored to have been named to the Board in 2013. I have been the acting Director of Sandy Bay Lighthouse Ministries’ Greenfield Children’s Home since October of 2008. Before that, my wife Banesa and I knew that the ministry was looking for a Honduran couple to come be “house parents” to the children there. We prayed hard for many weeks before we heard God’s call for us to go there. We still feel His call to be a part of this ministry, and it has been good to watch it grow and flourish. We are very close to the children. They even call us mommy and pappy.

I grew up on the Island of Roatan, not far down the road from the children’s home in Sandy Bay. I was raised, from the age of three, by my grandparents. At one time we had over twenty people living in our little house. My father was a superintendent of education in Sandy Bay before he relocated to the United States. So education has been a priority in my life. I graduated with a degree in tourism and went to work for Taca Airlines.

I moved to the United States for a short time and worked in the New York area. After learning about seamanship working on the ferries, I joined the crew of Oceana Cruise lines and saw the world. But I didn’t see much of my wife and son, Orsito. On one return trip, I noticed a big change in Banesa – she had become a Christian. Realizing my lifestyle aboard the cruise ships no longer fit my family’s, I moved home and became Christian myself. I found whatever work I could on the Island, but they were tough times. Real tough. We started a tour business and things got better over time. It was through the tour business that I learned of the wonderful, Christian things that were being done by visitors to Roatan; and I became aware of the programs that the children’s home was providing our people. The rest is history. Now we have a big family that shares laughs and tears, prayers and work.

I feel privileged to participate with the Board in making policy and coordinating how to best use the resources that our God provides through his people. It is a good work.